Among the most fascinating constructions of the early Florentine Renaissance is the ‘Holy Sepulcher’ realized between 1457-1467 in a chapel designed to contain it in the church of San Pancrazio. The work of Leon Battista Alberti, the Sepulcher was commissioned by Giovanni di Paolo Rucellai (1403-1481), who in the same years turned to the architect for his nearby family palace with adjacent loggia and for the completion of the façade of the 13th-century basilica of the Order of Preachers, Santa Maria Novella. Reveted, like the Santa Maria Novella façade, with green and white marble, the Albertian Sepulcher exalts the ‘all’antica’ style with golden-section proportions, Corinthian pilasters and an inscription in Roman letters on the cornice. Placed in front of the patron’s tomb, it reproduces the form of Christ’s Sepulcher in Jerusalem in a 1:2 scale relationship.

Extensively studied for its architecture, the San Pancrazio Sepulcher has obvious anthropological, theological and devotional interest, still to be explored. Like other recreations of Jerusalem sites, it belongs to the then widespread process of sacred topo-mimesis which in the early 16th century would create ‘Sacred Mountains’ at San Vivaldo, in Tuscany, and at Varallo in Piedmont. What is more, in its emphasis on the Easter mystery – the inscription on the cornice bears the angel’s words to the women at Christ’s tomb, “You are looking for Jesus of Nazareth, who was crucified. He is risen, he is not here. Behold the place where they had put him” (Mk 16, 6) -, the Sepulcher offers itself as an icon of faith in the Savior’s corporeal resurrection. And with its destination as an effective burial place, it illustrates the Christian’s identification with the Risen Christ underlined by St. Paul, who said: “If we have died with Christ, we believe that we will also live with him” (Rm 6, 8). It is, indeed, no accident that the Sepulcher’s interior has frescoes depicting the Dead Christ Supported by Angels and the Resurrection, by Giovanni da Piamonte, a pupil of Piero della Francesca.

In reality the Sepulcher’s classicizing architecture and its Christian meaning are linked, since to the humanist idea of a ‘perennial monument’, inspired by Horace’s boast Exegi monumentum aere perennius (Odes, III, 30, 1), Church tradition associated the memory of Christ’s tomb, which in the Vulgate is in fact called ‘monumentum’, as also in the Easter antiphon: Sepulto Domino, signatum est monumentum, “When the Lord was buried, the monument was sealed”. Alberti’s structure, “monumental” despite its limited size, thus invests the ascription of worldly glory with mystical significance, offering itself as the Christian ‘monument’ par excellence, supreme expression of the deceased believer’s dignity.

In this sense the San Pancrazio Sepulcher can be read as culminating the series of classicizing aedicules erected in Florentine churches at that time by Michelozzo – at the Annunziata, San Miniato and Santa Maria at Impruneta -, as well as of the resurrection theme in Florentine funerary architecture and art from the Bardi di Vernio tombs in Santa Croce to the Medici ones in Brunelleschi’s sacristy in San Lorenzo, and from the Strozzi sepultures in Santa Trinita to the Chapel of the Cardinal of Portugal in San Miniato. With its proposed evocation of Christ’s Sepulcher placed beneath the dome of the Anastasis in Jerusalem. Alberti’s structure also sheds light on the contemporary Florentine effort to build centrally planned ecclesiastical structures with domes – the Old Sacristy at San Lorenzo and the ‘rotonda’ at Santa Maria degli Angeli -, and on the immense domes added to basilican churches like Santa Maria del Fiore and Santissima Annunziata.

In order to stimulate reflection and discussion on these questions, the Archdiocese of Florence together with other Florentine institutions plans to organize, in the Easter period of 2020, a scholarly symposium and an exhibit of contemporary art on the subject of Alberti’s Holy Sepulcher. The Museo Marino Marini in the ex-church of San Pancrazio, where the Rucellai chapel with the Holy Sepulcher are located, has indicated its willingness to accommodate these events, and the U.S.-based Fieldstead Company Foundation has generously offered to cover the costs of the symposium and following publication. 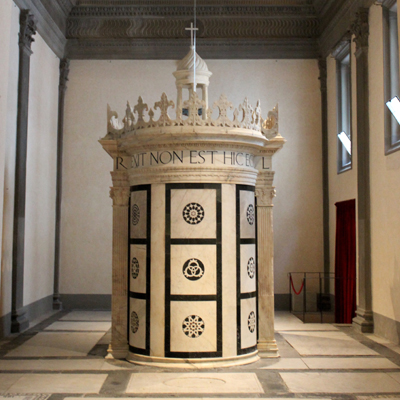 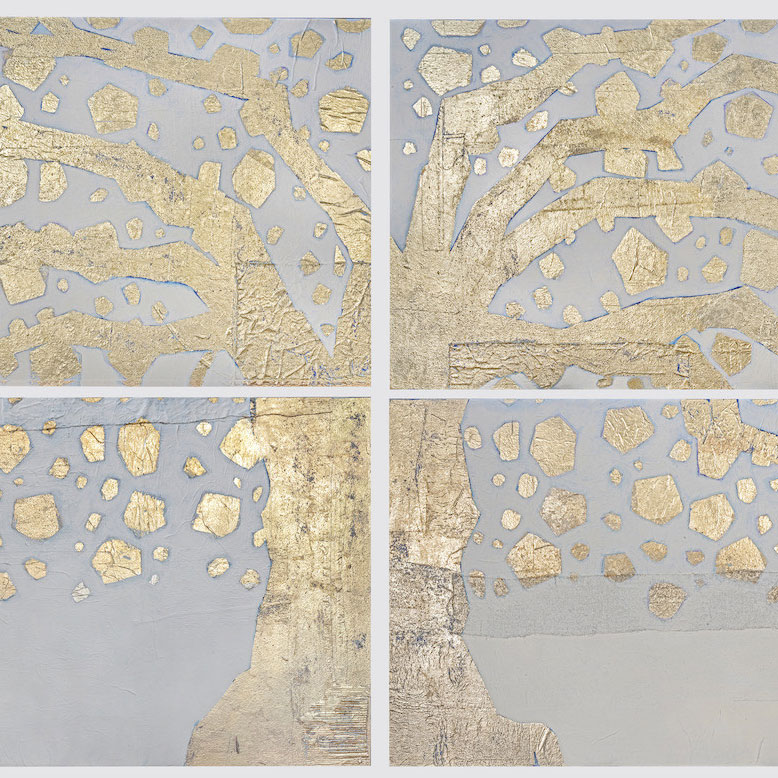